Claire’s Song: “Living on the Streets”

Sally’s Song: “Too Good to be Threw”

Rhonda and Fifi: “Cupid’s on Line”

Donald’s Song: “All Washed Up” 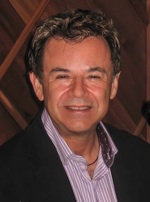 Dan Del Negro is a pianist, synthesist, composer, arranger, producer, and music director. Dan’s touring Broadway show experience includes Les Mis, Phantom, Miss Saigon, and Grease. In the fall of 1999, Dan played with the Miss Saigon orchestra for two months in Honolulu, and his love for the Islands led him to move to Hawaii in November 2000. Since then, Dan has become an active part of the local jazz, convention, and Hawaiian music scenes. www.dandelnegro.com

Susanne Sims is the former manager of the Twice Blessed Thrift Store at Unity Church of Hawaii. Inspired by the humorous and unexpected events that can happen only in a thrift store setting, Susanne was compelled to write this musical. Her first stage play “Conversations with Todd,” is a spoof on Neale Donald Walsch’s best selling trilogy “Conversations with God.” Susanne’s passion is singing, songwriting and stand-up comedy. Her performances can be seen on You Tube. www.susannesims.com

Be the first to be notified of future shows and special offers! JOIN US.